This website uses cookies and pixel tags to improve its functionality and to provide you with personalised advertising, e.g. on social media platforms. Please see our privacy policy for more information – in particular; on how to prevent cookie setting and pixel tag tracking on your device in the future. I agree
Unfortunately delivery times may be significantly longer due to COVID-19 border restrictions and the Brexit situation. Read more here.
30 day return policy
Free delivery from £991
FAQs & HELP HERE

Passion, innovation and freedom - Kona has been a constant in the world of mountain biking for over 30 years. But Kona's product range is sure to have the right bike, no matter what type of riding you're into. Kona: high-quality bikes, built by enthusiastic cyclists for like-minded people, no matter how many kilometers of life you have on the clock.

Miranda Miller from the Kona Gravity Team shows us on the Pacific Northwest Trail what's possible with the brand new Process 134. Join Miranda as she rides the first full-carbon bike from the Process series and marvel at a bike that strikes the perfect balance between trail, all-mountain and pure shred. The Process 134 is the result of many years of testing and development and represents a masterpiece in MTB design. 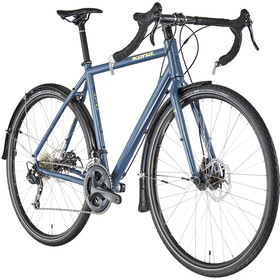 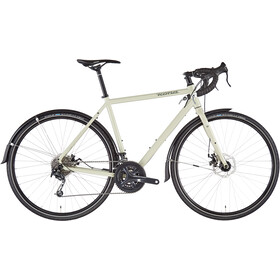 Kona is a bike manufacturer that literally lives and breathes its products. Kona’s dedicated team of staff are all active and impassioned cyclists, and product development engineers and designers ensure that all Kona bikes have a special level of quality and attention to detail. While Kona specialises in downhill and freeride bikes, the company also offers high quality cyclocross, single speed and city bikes. Kona bikes are sold all over the world and you can find an extensive selection on Bikester.co.uk. Dan Gerhard and Jacob Heilbronn established Kona in 1988 in Vancouver, BC, where they began manufacturing mountain bikes. In 1989, they collaborated with mountain bike champion Joe Murray to produce a series of steel hardtails. In 1998, they designed and built a range of Freeride mountain bikes that were known for their durability as well as their capacity to handle technical downhill terrain. Their current headquarters are based in Ferndale, Washington, and the brand sells and distributes Kona bikes to over 60 countries worldwide. In addition to their extensive collection of mountain bikes, Kona makes road, commuter and cyclocross bikes using materials such as carbon fibre, titanium, aluminium, steel and the latest high-end addition, scandium. The Kona team has collectively won over 200 national and world championships. The team is comprised of two-time winner of the US National mountain bike champions Joe Murray, Greg Minaar, Steve Peat and Fabien Barel - winners of the World Downhill Championships, Anne Knapp and Ryan Trebon - winners of the US National Mountain Bike and Cyclocross Championships and Tracey Moseley - winner of the World Cup Downhill Championships. To this day, the Kona Factory team regularly competes in national and international events across the globe. The team also supports fundraising projects, such as the building of freeride features on trails across the US, dirt jumps in parks and raising awareness and funds for health care workers treating HIV and AIDS patients in cities across Africa. Kona also donates AfricaBikes to help deliver home health aides and other services.

Kona: The perfect combination of performance and durability

On Bikester.co.uk, you will find a wide range of Kona bikes. Kona specialises in downhill and freeride bikes, but also offers high-quality and great-value cross bikes, as well as single speed and stylish city bikes crafted from steel, carbon fibre, titanium, aluminium alloy and scandium. Scandium is the latest high-end material used by Kona that, when added to aluminium alloys, elevates its strength by 50%. Thanks to its long-term durability and shock absorbing characteristics, it is well-suited to the rigours of mountain and cyclocross biking. Kona’s noteworthy reputation for producing bikes with acute attention to detail at exceptionally reasonable prices has garnered it an impressive following.