This website uses cookies and pixel tags to improve its functionality and to provide you with personalised advertising, e.g. on social media platforms. Please see our privacy policy for more information – in particular; on how to prevent cookie setting and pixel tag tracking on your device in the future. I agree
Sunshine Deals - Make the most of the great weather for less!
30 day return policy
Free delivery from £991
40,000 items 600 brands

Maxxis - the tyre of choice

With a focus on advanced technology, Maxxis develop premium tyres that turn their lifelong customers' passions into performance. 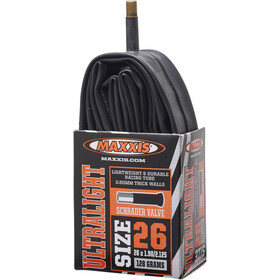 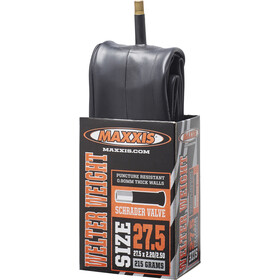 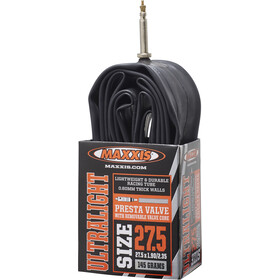 Maxxis Tyres to Maximise Your Performance

Maxxis has been at the forefront of bicycle tyre technology for over 50 years, and the company shows no signs of giving up its innovation and dedication to quality anytime soon. Maxxis tyres are trusted by professional cyclists around the world and they’ve become the de facto standard amongst riders looking to maximise cycling performance. With tyres for mountain bikes, e-bikes, road bikes, and almost any other type of bicycle, Maxxis has a high-performance offering for nearly every cyclist.

The Maxxis brand is synonymous with quality and performance amongst cyclists who know their rubber. The company has led the field for decades in research and development of new rubber compounds, tread patterns, and tyre design. Every tyre that Maxxis makes is rigorously tested, both in-house and by professional cyclists, before being released for use by the cycling public. On top of that, the sheer diversity of Maxxis tyres is a major advantage for this company. No matter what type of bike you have, the terrain you want to tackle, or your broader cycling goals, Maxxis has a tyre to suit your needs. When you’re in need of new bike tyres, you can make the process easy by shopping Maxxis.

Maxxis has made the biggest impact amongst mountain bikers, many of who overwhelmingly favour Maxxis tyres over any other brand. The reason is that Maxxis seems to roll out new performance-oriented mountain bike tyres at a breathtaking rate. The company now offers a multitude of tread patterns for any terrain type, with wide bases and low rolling resistance. In fact, the only disadvantage to Maxxis’s mountain bike tyre lineup is that there are so many great options for your bike that it can be difficult to choose.

Maxxis has also been at the forefront of designing tyres for the recent advance of powerful e-bikes. The company has developed specialised tyres that can handle the high speeds of e-mountain bikes and e-road bikes, without compromising on the durability and performance that Maxxis is known for. That’s a big deal given the growing popularity of e-bikes, and it will come as little surprise if Maxxis continues to expand its e-bike tyre offerings in coming years.

If you’re looking for tyres for a road, urban, hybrid, or touring bike, Maxxis has a wide range of offerings for you, too. The company makes a diverse range of slick road tyres for training and racing. Commuters and bicycle tourers will find plenty of heftier tyres that offer features like puncture resistance and increased tread for riding in poor weather.

Maxxis knows how important it is to get the next generation of cyclists started early, which is why the company also makes many of its most popular tyre designs for kid’s bikes. Kid’s tyres are available for wheel diameters ranging from 16 inches to 26 inches.

The best way to find Maxxis tyres for any ride is to shop our wide selection at bikester.co.uk. We carry hundreds of Maxxis tyres for mountain bikes, road bikes, urban rides, touring, and more.

Do you have a question?
Unfortunately, our phone line isn't in service at the moment.
But, you'll find answers to many of our common questions in our FAQ page.
Newsletter
Sign up now and receive a voucher worth £53. Get access to exclusive offers and deals.