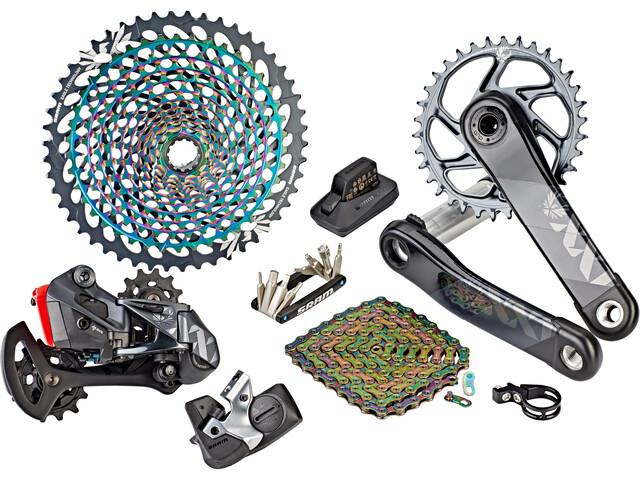 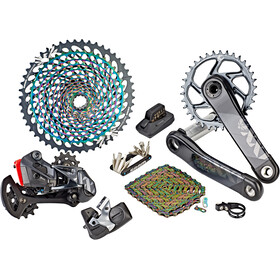 The deal SRAM made with Nino Schurter and his involvement testing Eagle AXS in the 2017/18 racing season was this: he didn’t have to use it in actual races. But Nino immediately recognized its benefits and insisted on putting it all on the line, winning four World Cup races, his sixth UCI World Cup XC overall title and being crowned World Champion. SRAM couldn’t take it away from Nino if they tried. At a glance, Eagle AXS brings the real benefits of wireless electronic shifting to the mountain bike. On a deeper level, it offers discerning riders unprecedented personalization and control of the drivetrain. On the bike and off. Deepening the relationship between machine and rider. This addition to the Eagle ecosystem enhances capability. Removes complexity. And provides riders an experience like never before imagined.

Eagle is a complete drivetrain system that was developed to be an integrated high-performance ecosystem. The engineering and testing that went into the development provide for maximum performance, safety, and long-term durability to ensure a great consumer ride experience. SRAM guarantees this performance when Eagle drivetrains are used as a complete ecosystem. The incredible Eagle AXS shifting performance makes the difference. Shifting under load, in rough terrain, uphill and without having to reach around. Eagle AXS changes the level of control for shifting in the toughest conditions. But more than that, it changes the relationship to your bike.

Eagle AXS Controller
No shift cables, sleeves or wires - the Eagle AXS Controller opens up new design and technical possibilities. This enables a completely new shifting experience with new, ergonomic touch points that require extremely low operating forces. Touchpoints that can be fully adapted to your individual needs. With the AXS App you can assign all AXS controllers to one of the three desired functions: Shift up, shift down or operate the Reverb AXS Dropper Post. The first touch wakes the controller from power saving mode.

The AXS App
The AXS App is the mobile component software that lets you program and personalize Eagle AXS according to your preferences. The app lets you customize controller assignments for shift commands and your electronic reverb seat post directly from your mobile phone. Turn your left controller up or down. Assign your AXS-enabled reverb a button that's most intuitive for you. For the first time, AXS gives the rider the digital freedom to freely customize, personalize and enhance the operation. So you can create your own Eagle AXS "fingerprint".

DUB
The new SRAM DUB bottom bracket series has a simple job—connect your crankarms and protect the smooth, long-lasting application of power to your drivetrain. To allow that singular focus, SRAM engineered the DUB spindle to be the one true unifying component. One oversized spindle to work across every bottom bracket standard. For better crankarm compatibility. For better protection from the elements. For longer-lasting performance. To be stronger, smoother, simpler. Now, back to the ride.