Triathlon is a sport for perfectionists who place the highest demands on themselves and their equipment. Often while training, there are clear times for swimming, cycling and running; when competing, the three disciplines follow each other. In our triathlon category, athletes will find a wide range of suitable equipment. As bike experts, we naturally offer high-tech triathlon bikes and state-of-the-art equipment, but also wetsuits, swimming accessories, a wide range of running shoes and clothing to support aspiring ironmen (and women!) as well as triathlon beginners on their way to the finish line. 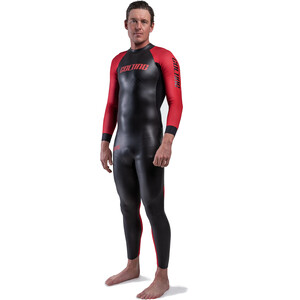 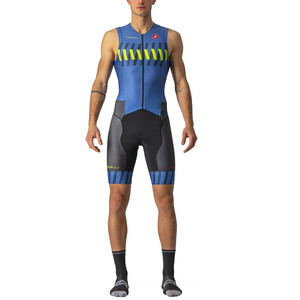 The challenge of triathlon

Following the popularity of marathons since the 90s, more and more athletes are looking for a fresh, new challenge. Triathlon offers the multi-discipline sport that they’re looking for – transitioning between swimming, bike riding and running in quick succession. This endurance test requires the body to perform different and difficult tasks. In addition to an elaborate training plan and a balanced diet, you’ll also need exactly the right equipment in order to successfully complete a triathlon race. 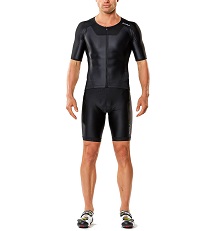 In order to meet the particular requirements of triathlon competitions, engineers have developed highly specialised bikes optimised to cover race distances of up to 180 kilometres as quickly and efficiently as possible. During these competitions, it’s illegal for one rider to draft behind another. In the fight against the clock and the wind, the triathlete requires a particularly aerodynamic bicycle.

The handlebar attachment is particularly striking on triathlon bikes. The rider rests their elbows and forearms on this extension. This allows the rider to sit in an aero position over long distances, while at the same time relaxing their tired arms after swimming. The gearshift levers are also attached to the rear sprocket so the triathlete doesn’t have to change position to switch gears. Special triathlon accessories also include integrated drinking systems, which allow the athlete to stay hydrated in the aero position. Unsurprisingly, the wheels of the triathlon bike are also design for high aerodynamic performance. For example, high profile rims, disc wheels or tri spokes ensure the lowest possible air resistance. Even the front-wheel brakes are integrated into the front fork or mounted behind the wheels in order to meet these high demands.

In order to save power for the upcoming run, the triathlon’s riding position on their bike is different from that of a traditional cyclist. A slightly steeper seat tube prevents the thighs from touching the upper body and relieves leg muscles whilst pedalling. Consider the requirements of your national triathlon union before buying your bike so that you don’t receive an unpleasant surprise just before the start of a competition. It’s also recommended that you test your bike out during training, since a triathlon bike requires a lot more skill to ride than an ordinary road bike.

Triathlon accessories: the devil is in the details

In addition to the right bike, a successful triathlete also needs special clothing. This should be light, comfortable and multifunctional, since the three disciplines are very different from each other. There are two options for a triathlete to choose from: one-piece or two-piece. There are disadvantages and advantages to both. A one piece tri-suit is more difficult to handle. It’s difficult to take off and pull back on quickly – especially during calls of nature! Too short a torso section or a missing back zipper leash can cause spasms in the competition if you’re frantically trying to pull the suit on or take it off. The second one is much easier to get on and off, but carries some risks of its own. The upper part can ride up and expose your skin to the sun during rides – leaving you with a bad sunburnt strip of lower back. Also, the tight waistband can easily cause pressure points. Triathletes that have a sensitive stomach should be careful here. Special attention should be given to flat seams, as raised seams can aggravate and chafe.

Heart rate monitors and smart watches allow triathlete to monitor and control their performance. Special insoles can be easily adapted to an individual’s needs and prevent blisters and pressure points even during long distances. Even with the right triathlon accessories, a competition such as this could never be considered child’s play, but it will certainly be an incredibly positive event that you’ll remember for a long time.