This website uses cookies and pixel tags to improve its functionality and to provide you with personalised advertising, e.g. on social media platforms. Please see our privacy policy for more information – in particular; on how to prevent cookie setting and pixel tag tracking on your device in the future. I agree
Sunshine Deals - Make the most of the great weather for less!
30 day return policy
Free delivery from £991
40,000 items 600 brands

The Italian tyre manufacturer Pirelli doesn’t just have a long tradition of producing car and motorcycle tyres to look back on – they also have a rich history of producing high-quality road bike tyres (including the first tubular tyre for road racers in 1895). Although they temporarily withdrew from the cycling segment for some time they’re now back and better than ever. 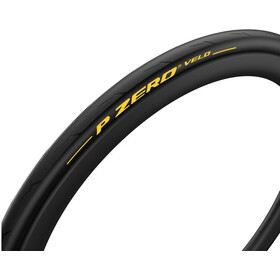 Pirelli Tyres for Performance and Reliability

Italian tyre maker Pirelli is one of the best-known names in the cycling world. The company has a long history of producing race-winning road bike tyres, and has more recently moved into producing tyres for mountain bikes, e-bikes, and touring bikes. That means that any cyclist can now take advantage of Pirelli’s reputation for building tyres that offer performance and reliability in any riding conditions.

Pirelli’s background isn’t in bikes – it’s in motorsports, where the need for tyres that are lightning-fast and able to withstand tremendous forces is paramount. The company brought the same ethos of building incredibly high-quality tyres to its approach to bike tyres, and has earned the trust of cycling professionals and recreational riders alike. Pirelli designed a new rubber compound specifically for bicycle tyres, known as SmartNet Silica. The advantage to this proprietary tyre material is that it reduces heat buildup while you’re riding, ensuring that you can ride with lower rolling resistance and with less of a chance of flatting mid-ride. On top of that, Pirelli borrowed from the company’s motorsports tyre design to create bike tyres with better cornering abilities than traditional road and mountain tyres. In particular, Pirelli’s tyres boast superior handling in wet conditions, which present a challenge to existing bike tyres.

Pirelli’s road tyres borrow directly from the company’s motorsports heritage. They’re designed with slick surfaces and incredibly low resistance. If you’re in the market for a racing tyre or fast training tyre, Pirelli’s offerings are some of the best available for road riders.

Capitalising on the low heat buildup of SmartNet Silica rubber, Pirelli offers a variety of high-performance tyres for mountain bikes. These tyres are reinforced for puncture resistance to withstand the harshest trails, and the low rolling resistance makes them perfect for enduro racing and all-day missions in the mountains. All of Pirelli’s mountain bike tyres are designed as folding tyres rather than wire-bead clinchers, so it’s easy to carry an extra tyre on your bike as a backup.

Pirelli’s tyres for touring and city bikes combine the speed of the company’s road bike offerings with the handling and puncture resistance of its mountain and e-bike tyres. All of these tyres offer low rolling resistance, so you can get the most efficiency when pedalling with a loaded-down bike.

The best way to get Pirelli tyres for your bike is to shop our wide selection at bikester.co.uk. We carry Pirelli tyres for road bikes, mountain bikers, e-bikes, commuter bikes, and more, and our simple filters make it easy to find the tyres that are right for you.

Do you have a question?
Unfortunately, our phone line isn't in service at the moment.
But, you'll find answers to many of our common questions in our FAQ page.
Newsletter
Sign up now and receive a voucher worth £53. Get access to exclusive offers and deals.