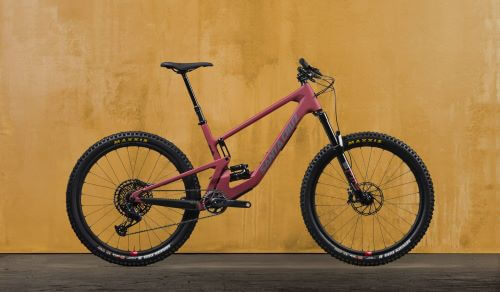 Forget skateboards and snowboards, the real Santa Cruz story started in 1993 when ex-pro skateboarder Rob Roskopp founded sister company, Santa Cruz Bikes. Also headquartered in California and inspired by the adventurous opportunities of the surrounding Californian landscape, he set about creating one of the most advanced mountain bike brands in the world. The Santa Cruz 5010 series was first launched in 2013 and has been remodelled and updated several times since. The brand's playful and adventurous ethos was enthused into the very core of the Santa Cruz 5010 build, a seriously nimble and agile mountain bike. The carbon Santa Cruz 5010 build is also pleasingly stable at every turn and features a geometry not dissimilar to a BMX, adding to the bike's playful appeal. Short chainstays, a slack head angle and low BB height make handling this bike a piece of cake.